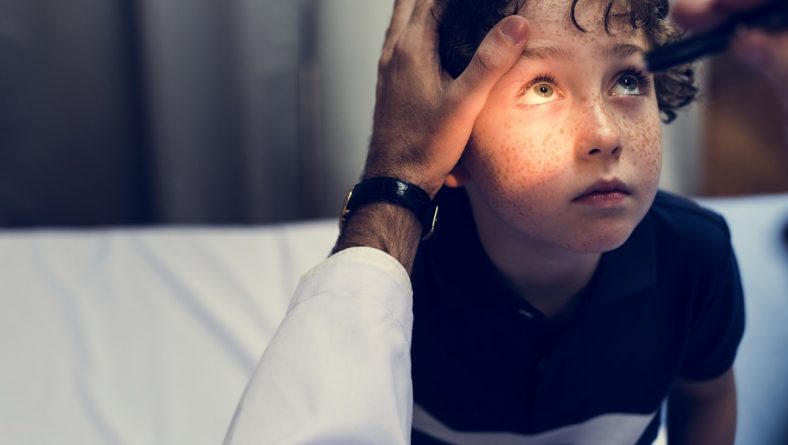 Why Are Regular Eye Exams Important?

Your eyes are incredibly important and absolutely irreplaceable. Even with all the miracles of modern medicine there is no way to transplant a human eye (read more terrifying facts about the eye here.) So keeping a pair of healthy peepers means you need to monitor their well being. That’s why all optometrists recommend routine eye exams starting at six months of age. This helps to detect childhood eye conditions in the early stages of life while creating a foundation for a healthy optical system.

There are numerous eye conditions that can have a lasting effect on your child’s vision. A basic understanding of these diseases and disorders can go a long way in preventing harm and ensuring a future with healthy vision for your family. Talk to our children’s eye care specialists to learn more about the importance of early vision care.

Nystagmus is a condition in which the eyes move in frequent uncontrollable patterns. These movements, unsurprisingly, can result in a large number of drawbacks including loss of focus and poor balance. While not inherently vision threatening, nystagmus is actually most often a sign of another more serious underlying condition.

Strabismus is the medical term used for general misalignment of the eyes. This could mean one or both of your child’s eyes point awkwardly in any direction either constantly or recurrently. It is often mistaken for Amblyopia (Lazy Eye.) Generally, treatment only involves special eyeglasses, therapy, and in rare cases surgery.

Amblyopia is generally classified as a lack of clear vision that cannot be improved with glasses, but more specifically it’s a lack of stimulation between the brain and one or two eyes. It’s effects are similar to many other visual conditions, but since the condition is actually brain related traditional treatments aren’t effective. We recommend visual therapy to help the brain re-learn how to focus on and track targets.

Among toddlers and infants, excessive tear duct discharge actually isn’t uncommon, and there is rarely a need for concern. This abnormality is usually caused by blocked tear ducts, and can be treated with eye drops or an eye massage. Sometimes it will even stop spontaneously. On rare occasions excessive tearing could be a sign of a more serious condition.

Refractive conditions are among the most common in adults and infants alike. They affect the way that light enters your eye, resulting in blurry vision. Nearsightedness is caused by a misshapen lens while farsightedness can occur due to a number of factors. (misshapen lens, flat cornea, or an oddly shaped eye for example.)

Ptosis is a muscular disorder in the eyelid and, again, is sometimes confused for ‘Lazy Eye.’ If your child has Ptosis you will probably notice drooping eyelids or other symptoms that point to poor muscle control. Watch for mannerisms such as raised eyebrows or head tilting to get a better view.

There are dozens of ways your eyes can be affected during the early stages of development. However, statistically, the chances of this are quite low (roughly 1 in 2000) and vary greatly in severity. Most congenital defects are spotted right away, or during your child’s first eye exam.

Genes are incredibly significant in the field of medicine and the eyes in particular. Over half of all cases of infant blindness are caused by inherited defects. However, this is also true of common problems such as myopia. If you have a history of vision problems then talk to your doctor about possible childhood eye conditions your kids might have inherited.