FACTOID: 25% of all athletes have a depth perception issue.

What is sports vision training?

Sports Vision Training for athletic activities focuses upon the visual abilities of the athlete. These abilities include hand-eye coordination, dynamic visual acuity, tracking, focusing, visual reaction time, and peripheral vision. Sports vision therapy in Arizona is customized for the specific activities required of the sport. There are multiple paths of visual therapy for sports vision training catered specifically to different activities. For instance, a program based upon football will be focused more on hand-eye coordination, whereas a program for a golfer will be focused on visual alignment and depth perception.

It is not uncommon to predict the performance of athletes based on a visual screening test. If you are an athlete and are finding that your improvement has halted, there may be a visual problem limiting your success. Visual therapy for sports vision can unleash your true athletic potential by correcting issues associated with poor or limited eyesight. The training we offer in Arizona for sports vision therapy will get you back in the game again.

Eric was gracious enough to allow us to take a picture with a bat and baseball he gifted us years ago, when he was with the Milwaukee Brewers. Eric has been instrumental in encouraging our young patients to continue Vision Therapy. He recently gave a baseball card to one of our VT patients whose family drives here from Tucson ( 2 hour drive one way). Eric is so down to earth, he posed with the thank you card he received from this same VT patient. At one of Eric’s visits to our office, he met with another of our VT patients whose performance in sports was being affected by visual disturbances.

We have wonderful patients!

We have done several screenings at the Seattle Mariners Clubhouse

Why Do Athletes Need a Quiet Eye for Success?

If anyone knows how to grab a victory from the jaws of defeat, it’s Serena Williams. Just consider her semi-final against Kim Clijsters at the 2003 Australian Open. At 5-2 down in the final set, she was within a hair’s breadth of losing her place in the tournament. But rather than slipping into despair, she saved two match points before winning the next five games. Somehow, each serve and each return landed just where she wanted them to – and she would ultimately go on to win the whole tournament.

A single such feat would be an exceptional occurrence in any career, but Williams has since made similarly breath-taking comebacks at the Australian Open in 2005, at Wimbledon in 2009, and at the China Open in 2014, managing to pull back even when her opponents are serving a match point. In each case, the extreme pressure, rather than causing her to crumble, only seemed to sharpen her concentration.

Read the Full Article on BBC 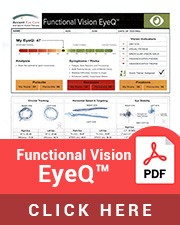 Why Do a Sports Vision Screening?

“The public doesn’t realize that you need 17 visual skills to succeed in reading, learning, sports, and in life. Seeing ‘20/20’ is just one of those visual skills.” 20/20 is not perfect vision and if your loved one is struggling with reading or sports, you should take them to a developmental optometrist. “Vision problems can have a serious impact on a child’s education. Don’t wait to see if this next school year will be better; take action today.” ~ Larry Fitzgerald – Wide-Receiver and MVP of the Arizona Cardinals

Over 80% of what we learn comes from the visual system. When performing in a sports-related activity, that percentage goes up even higher because the eyes direct the dynamic movement of the body. Studies have shown that the best performers have the best visual systems. Statistics taken at the Olympic and Junior Olympic level show that those athletes that medaled where those that had the best visual systems. However, other astonishing statistics include the fact that:

What Skills are needed for Optimal Athletic Performance? 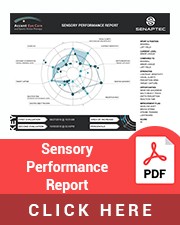 Having visual difficulties in any of the areas above will translate into difficulties in the sport. If you’re looking for sports vision therapy in Arizona, all of these areas can be improved through a prescribed program conducted at our Phoenix office. For more information, go to www.COVD.org

ALTIUS is the only Performance-Tinted Contact Lens product on the market. It was developed to eliminate visual distractions such as lighting glare while elevating critical visual details, such as visual clarity and contrast, to optimize performance. ALTIUS Performance-Tints have been developed through the years of clinical research and testing with elite athletes around the world.